In occasion of the International Social Housing Festival 2017, FABRICations and Bureau LADA, in collaboration with René Boer (Failed Architecture), designed a new Urban Arrival Lobby for Migrants, a new way to empower Amsterdam as a city for reception and integration.

Recent global migration waves have fueled intense debates in Amsterdam, the Netherlands and beyond. Migration is of all ages however, and comes in many varieties – nomadic, circulatory, refugee, settler, temporary, and many more. Instead of perceiving it as a problem, being open to various types of migration could also be highly beneficial to both newly arrived migrants as well as Amsterdam itself. Especially while climate change escalates, we have to face the fact that many more people are likely to come.

Current policies and regulations for integration of asylum seekers in the Netherlands imply long waiting times, sometimes up to two years, during which applicants are denied to work and have no access to social urban dynamics. Bureaucratic procedures result therefore in many lost opportunities while Amsterdam is growing and in need for diverse talents and backgrounds.

In response to these debates, the Urban Lobby research project aims to create a Special Social Zone in Amsterdam where, through experimental policies and speculative design, a space of arrival for these migrants could be carved out, spurring interaction between the newcomers and the current inhabitants.

But how to define an Open City? What resources can make newcomers a dynamic urban class? And how can design help absorbing incoming flows without developing into an economic toy for exploitation?

As part of the International Social Housing Festival 2017, this research has taken the Wittenburg area in Amsterdam as a case study examining the possibilities of the densification of this residential area by merging new social housing and working typologies with existing public buildings, actors and agents. The outcome is a speculative project, a Special Social Zone where refugees and migrants have special legal permissions to operate and actively participate in the urban socio-economic environment. Within the zone, the new Agents of Change (socio-spatial elements) would be densifying the existing tissue, connecting and enriching existing programs with 50% new Working / Living units.

Spatial frames, designed for progress and able to be filled in by their users, stimulate interaction and new forms of co-living. This basic structure, form the base for further infill throughout time. All frames present basic features and the same material, carrying the ability to be actively engaged.

Equipped with the right political and architectural infrastructure, Wittenburg could become a unique welcoming ‘red carpet’ for Amsterdam’s new arrivals. Not a closed area of exclusion but an openly accessible area for experimentation where self-building and new social policies result in new forms of collective, affordable housing and shared working environments. Empowering asylum seekers to make their waiting time more useful for themselves and for the city, allowing undocumented refugees to access housing and work opportunities, allowing companies, universities and institutions to provide opportunities for newcomers beyond existing restrictions, stimulating each arrival to let their (hidden) talents blossom, for their own and the city’s benefit. 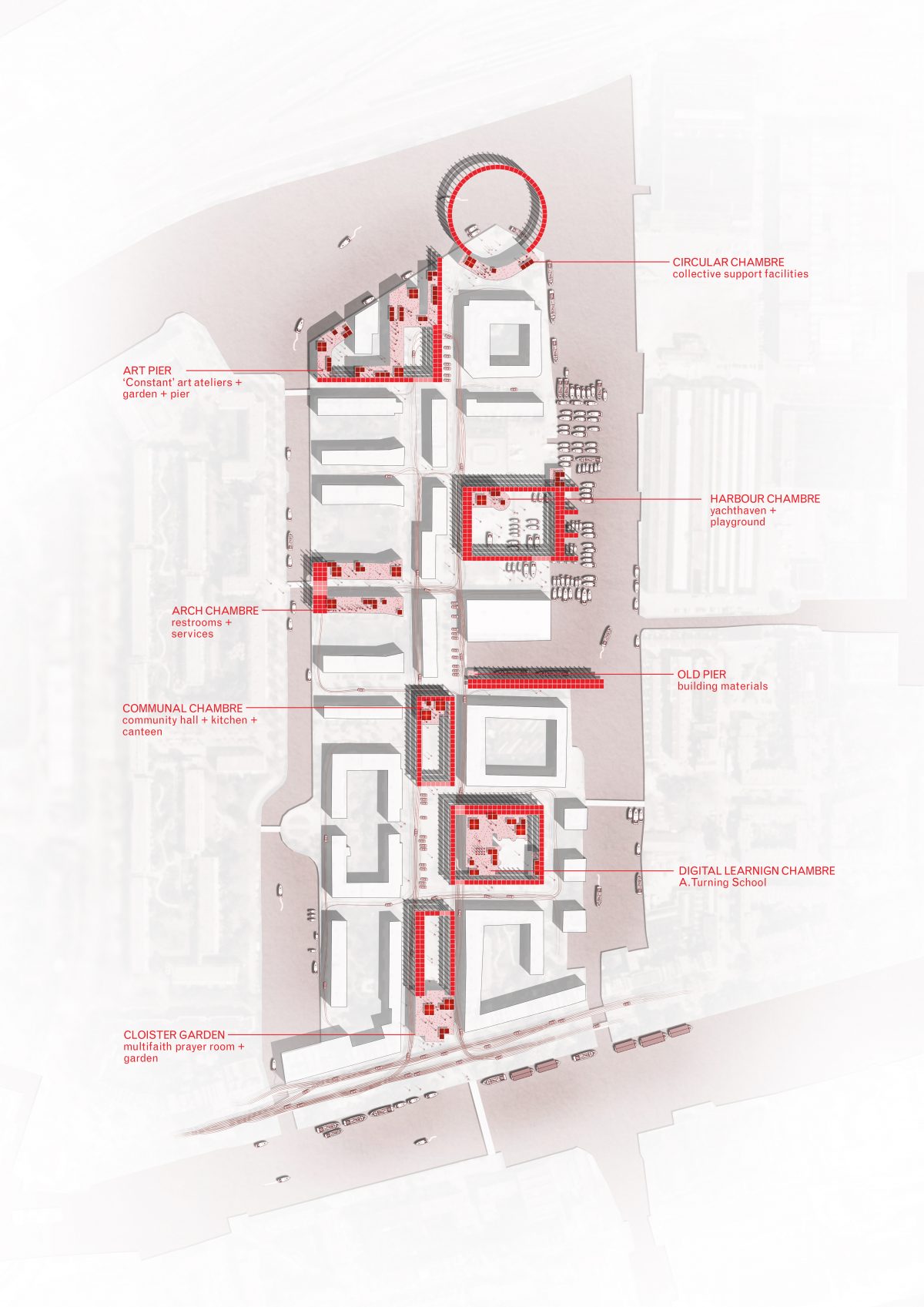 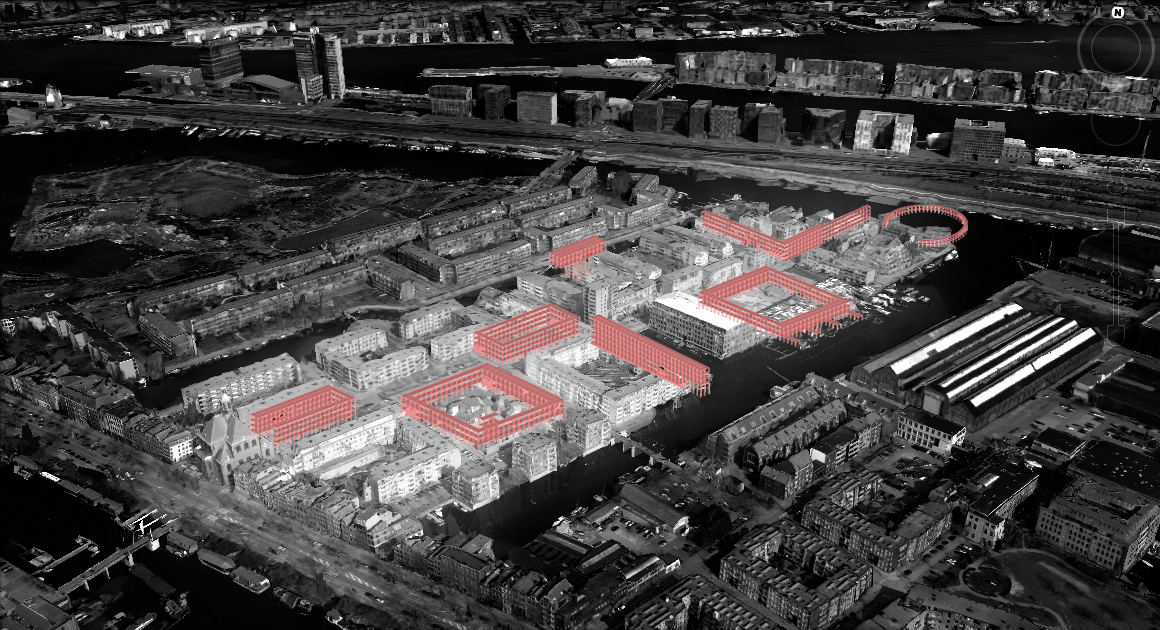 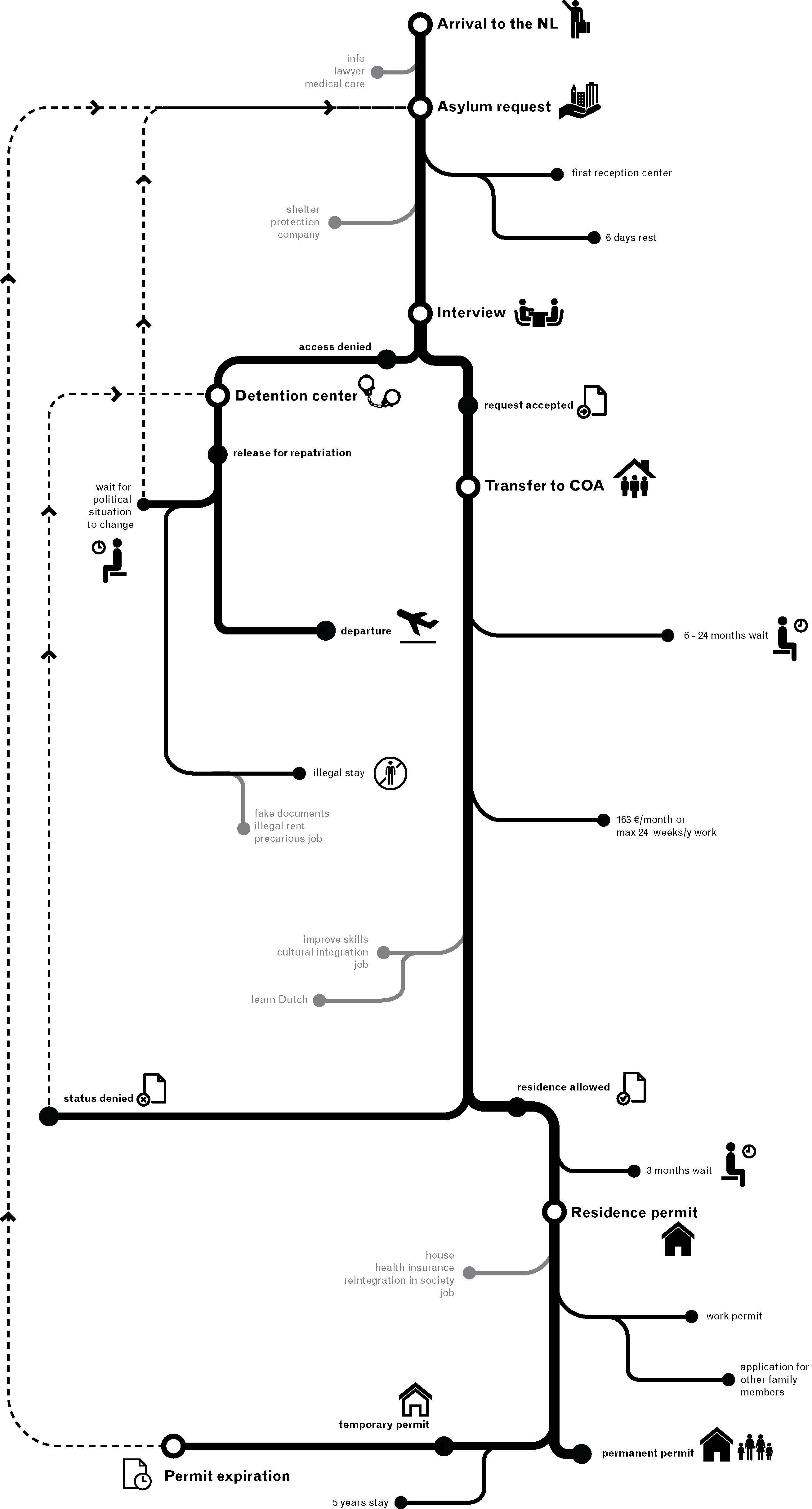 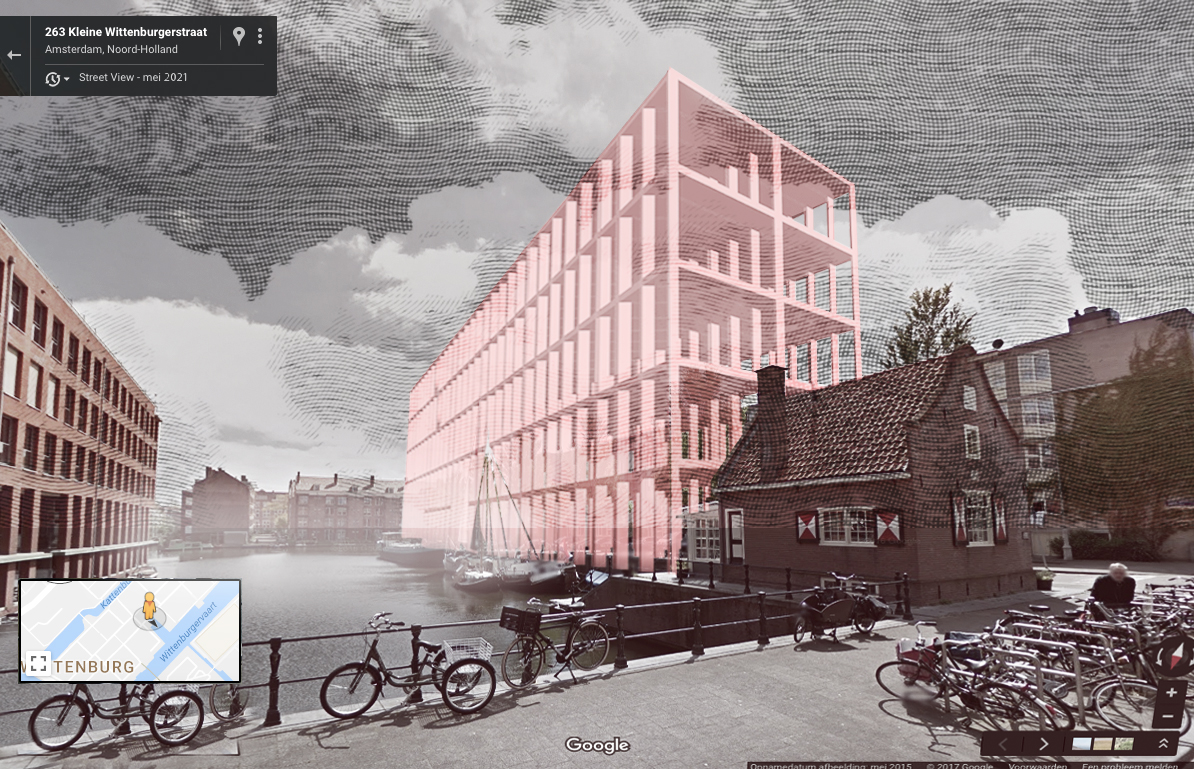