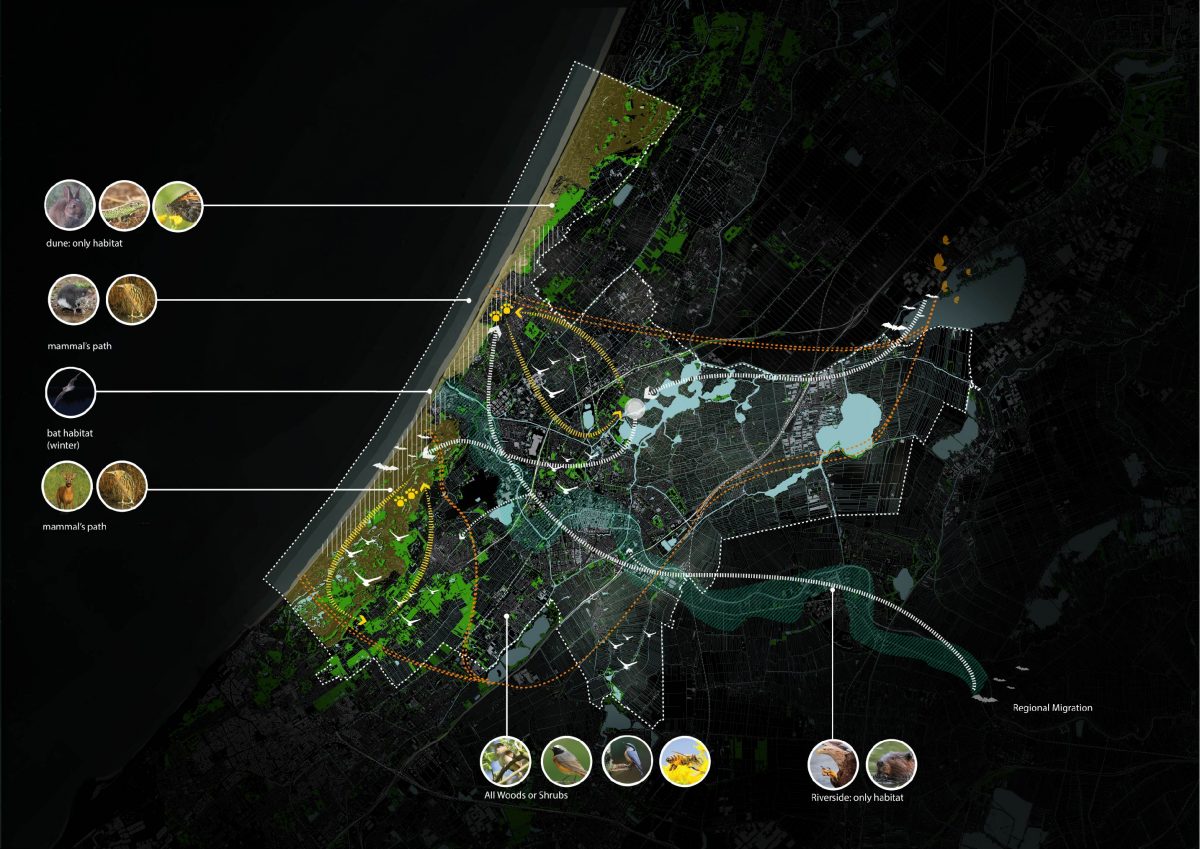 Hart van Holland Water and Biodiversity is the second part of the assessment developed for Leiden and the nine surrounding municipalities, willing to work collectively on a shared agenda for the Omgevingvisie 2040 (Environmental Vision). Our three year study for the region covered urban topics in relation to the sustainability ambitions of the region. In the second phase of the study, water was investigated as a vehicle for climate adaptation, biodiversity preservation and new resource for sustainable development.

The climate adaptation dossier focuses predominantly on water-related issues such as drinking water, land subsidence, water quality and salinization. The regional assessment consists of analyses of the current situation, risks and potential synergies with other agendas. As a result, opportunities are found in combining drinking water storage and transport with a regional heat network, as well as in the extraction of drinking water in combination with future solar energy production.

The other water-related challenges and opportunities are closely intertwined with biodiversity-related issues. For instance, heat stress and drought have a significant impact on the natural habitats of certain species. Such issues saw further elaboration in the biodiversity assessment.

The biodiversity dossier focuses on the relationships between biodiversity, people and ecosystems. As a result of this approach, the assessment argues for opportunities such as combining ecosystem enhancement with recreation in so-called ‘water purification parks’. Another solution that is put forward is combining biodiversity corridors with energy infrastructure, such as high-voltage lines.

The environmental vision for Hart van Holland won the Aan de Slag Trophy (‘To Work’ Trophy), which awarded pioneering environmental visions. The first part of the assessment, focused on transition to sustainable energy and the spatial impact of energy landscapes, can be found here. 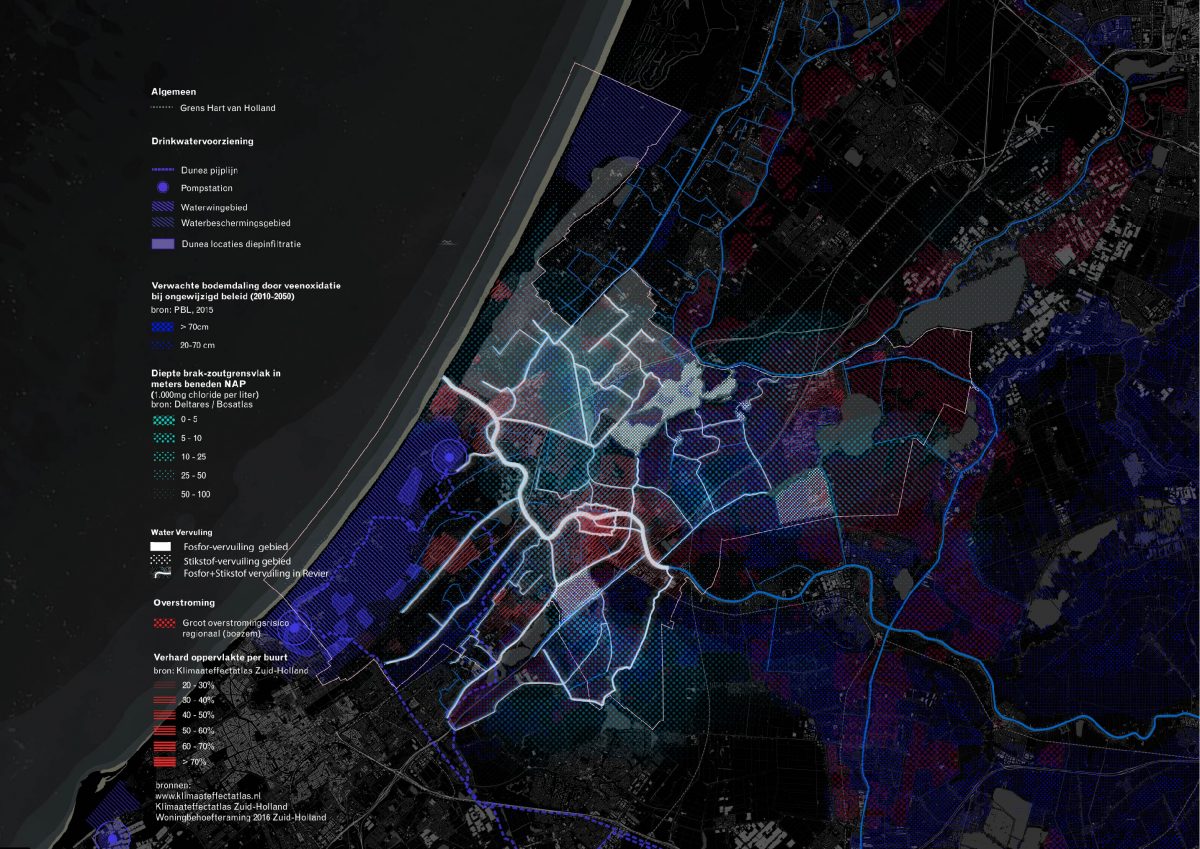 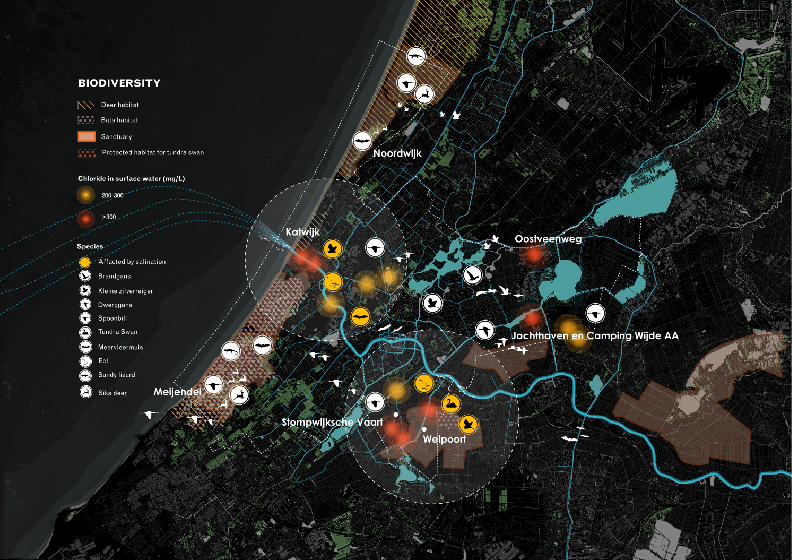 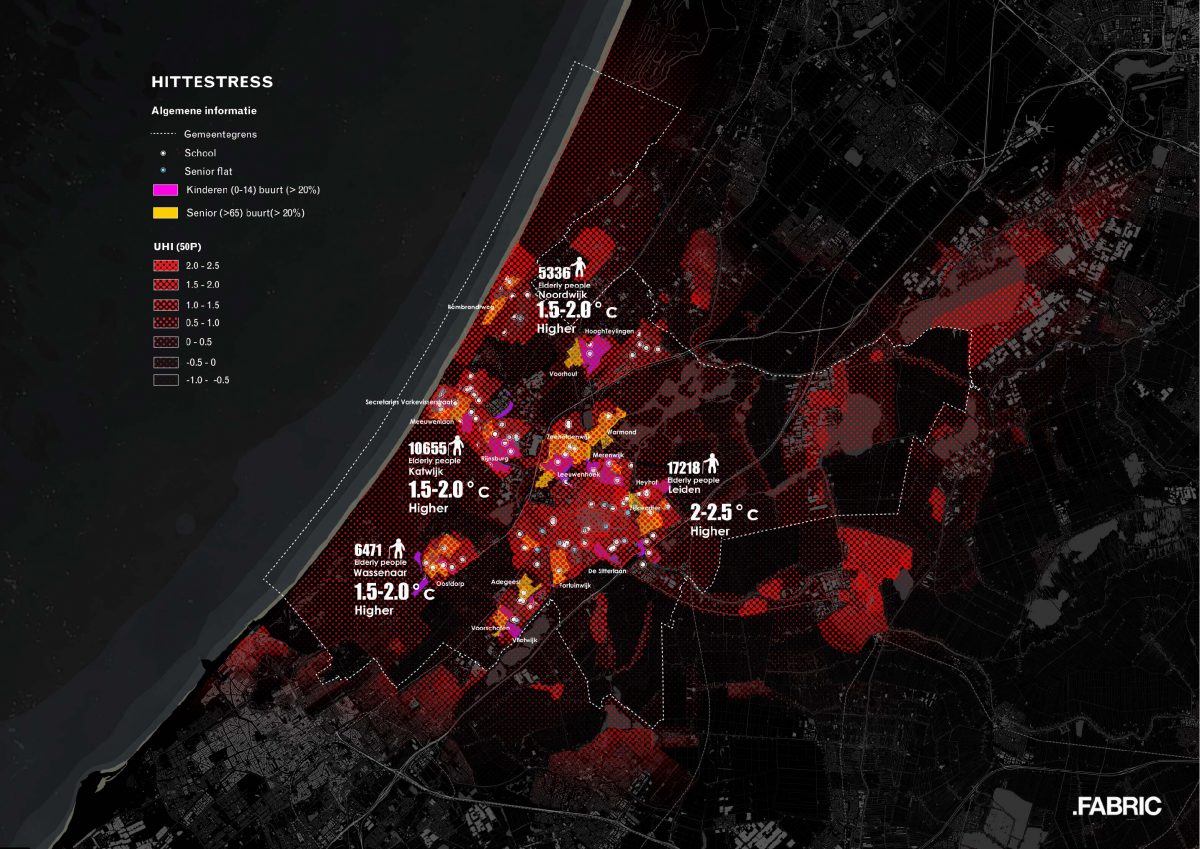 Water-related challenges such as drought and heat stress are also affecting people, especially elderly and children 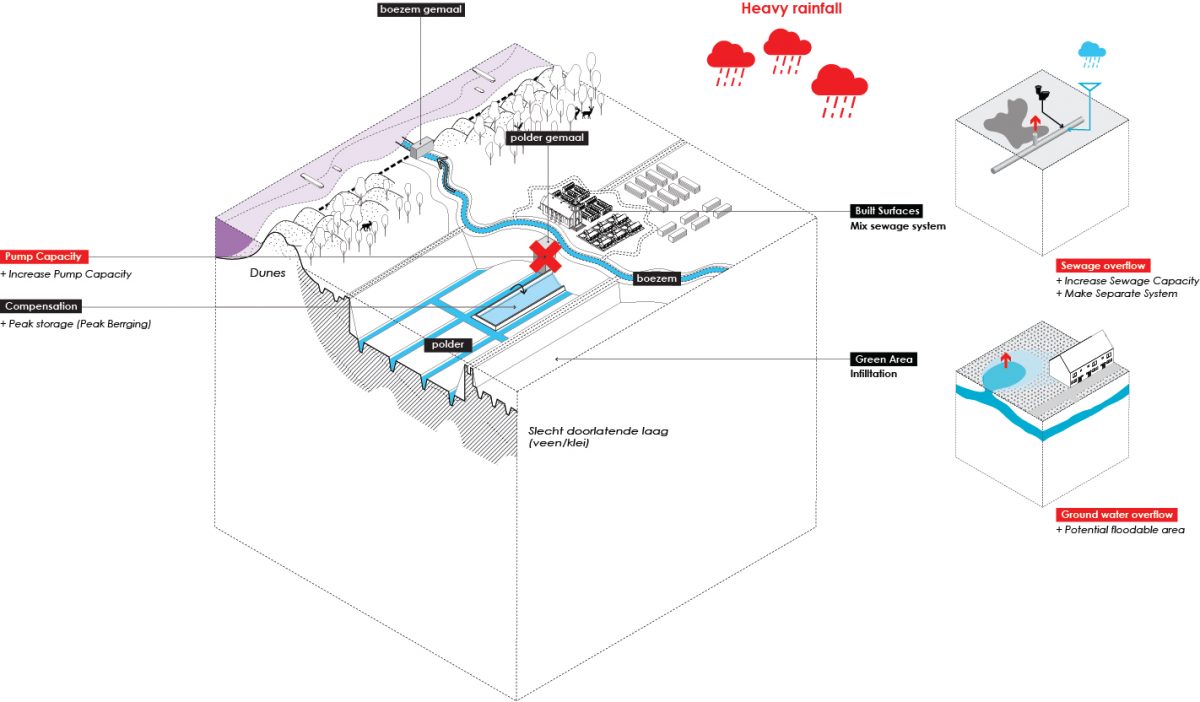 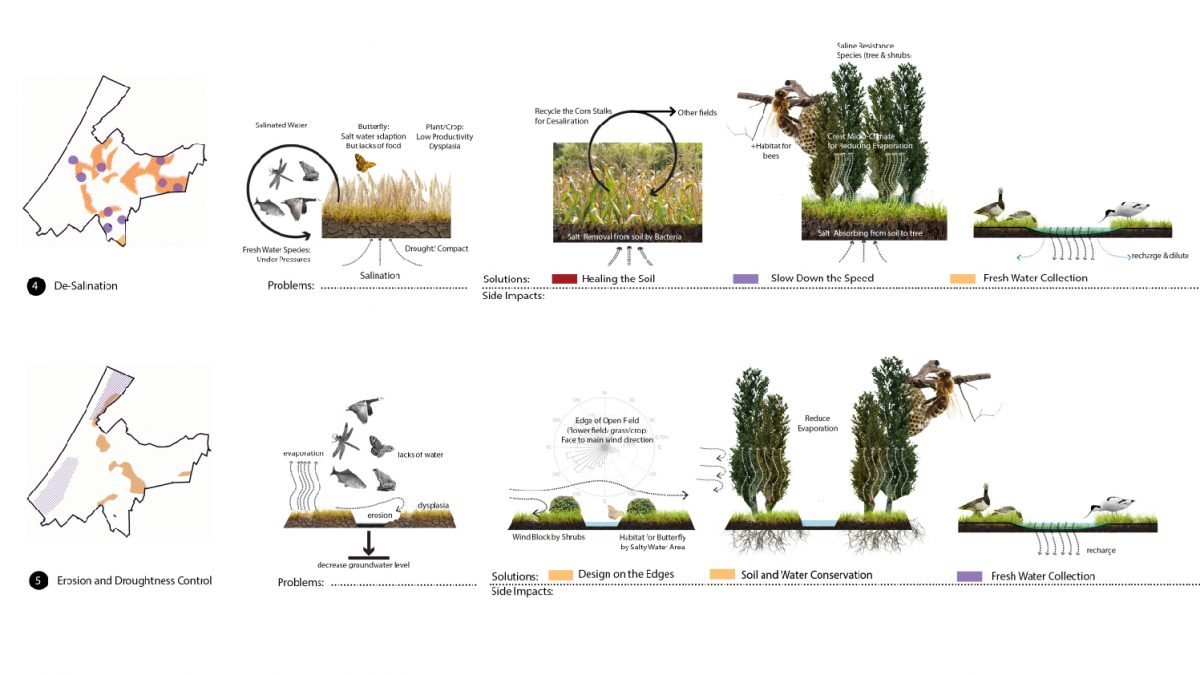 Issues of salinization, drough and erosion affect biodiversity and can sometimes be solved by introducing certain species (in this case plants) to the problem area