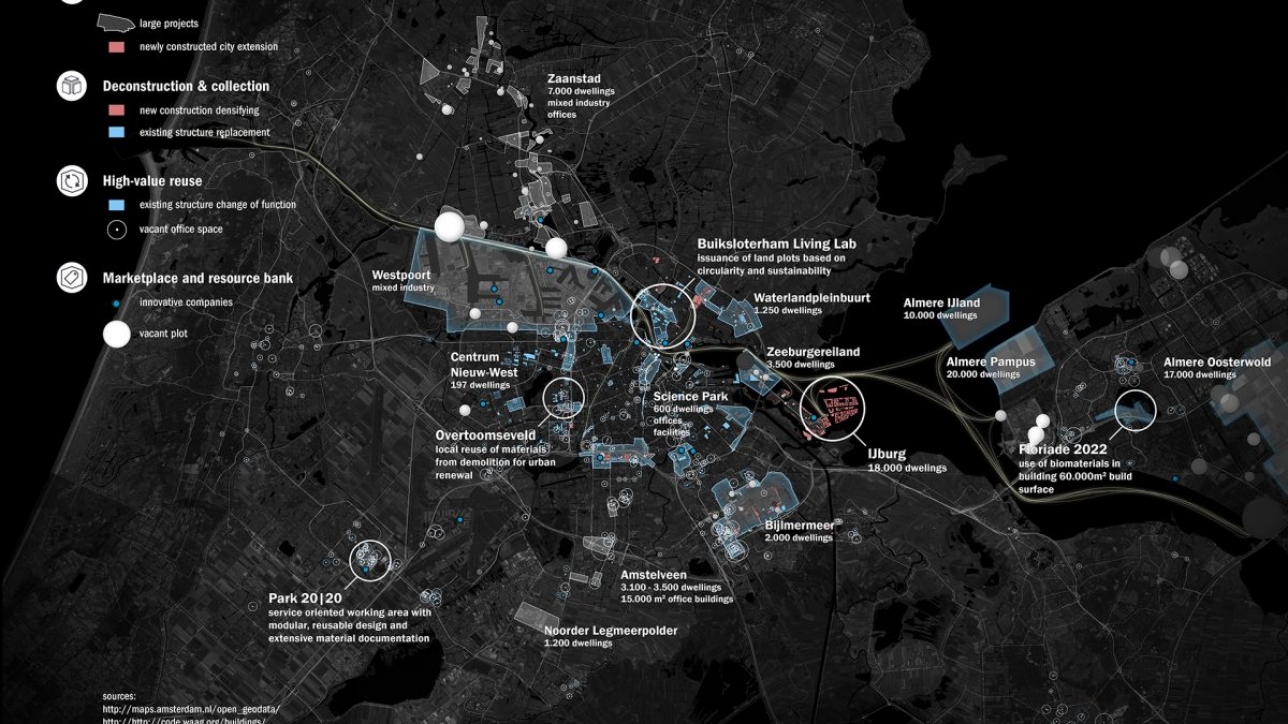 This autumn, Amsterdam won the World Smart City Award for Circular Economy. We are proud to have contributed to several of the projects that build on a circular Amsterdam. At the same time, we see there are still tremendous challenges in implementing a circular economy, and also in this city circularity is still far from ‘business as usual’.  With 2017 about to end and FABRICations’ first decade in action, it’s time for a short retrospect.

In the past ten years, at FABRICations we continuously attempt to approach the role of architects and urban designers in a critical way. What is our contribution to society? How can spatial designers be more than the creators of good living environments? Together with many clients and partners, we invested expertise, energy and curiosity in investigating new ways to make our cities resilient, going beyond the limits of what used to be our profession. With these objectives in mind, one of our priorities was promoting circular strategies and sustainable approach to material cycle in Amsterdam, home of FABRICations.

In 2015 FABRICations, Circle Economy and TNO laid the foundation for the circular economy of Amsterdam with questioning the transition to a circular economy: where and how do we start this in a city? The scan showed that the construction industry and organic residual flows had the most potential, and could therefore be addressed with eight practical and tangible strategies for circularity.

One year later, together with Evolv, Copper8, Circular Future and Maxre we set out to work in Waarderpolder, one of the biggest industrial areas in the Metropolitan Region of Amsterdam. Interviews and sessions with more than one hundred of the total 1.100 industries and businesses located in Waarderpolder showed opportunities to manage waste flows collectively, to accumulate knowledge and innovations and to exchange materials locally. This brought the theoretical ideas from ‘Amsterdam Circular’ to practice, resulting in a management plan under the responsibility of Parkmanagement Haarlem.

This year, with Royal HaskoningDHV and Circle Economy we are commissioned by the Metropolitan Region Amsterdam to create a ‘Resource and Opportunities Atlas’. The goal is to map material and waste flows on metropolitan and subregional scale, and to select opportunities for the MRA partners to accelerate the transition to a circular economy. This is in fact an upscaling of the approach we used in the Waarderpolder.

Simultaniously, FABRICations, OMA and LOLA Landscape Architects designed the winning proposal for the former prison Bijlmerbajes, one of the biggest single-plot developments in the Amsterdam region. With a holistic approach to sustainability according to the six urban challenges as outlined by FABRICations, our commissioners were able to form an offer which won, not because of the highest bid, but because of its qualitative and sustainable approach. Material circularity is an important part of the plan, with 98 percent of the original material reused on site, and the implementation of decentralized household waste management on site.

Those achievements were possible thanks to the ambitious and forward looking city administration of Amsterdam, and to a series of experts and professionals working together to empower a drastic change. In October the city launched the Market Consultation Competition for the implementation of circular initiatives. We are looking forward to see the mutually accumulated knowledge on circular economies and circular urban development applied in the vast development challenges Amsterdam faces: Sluisbuurt, Strandeiland, Haven city, the Hamerkwartier and many more.