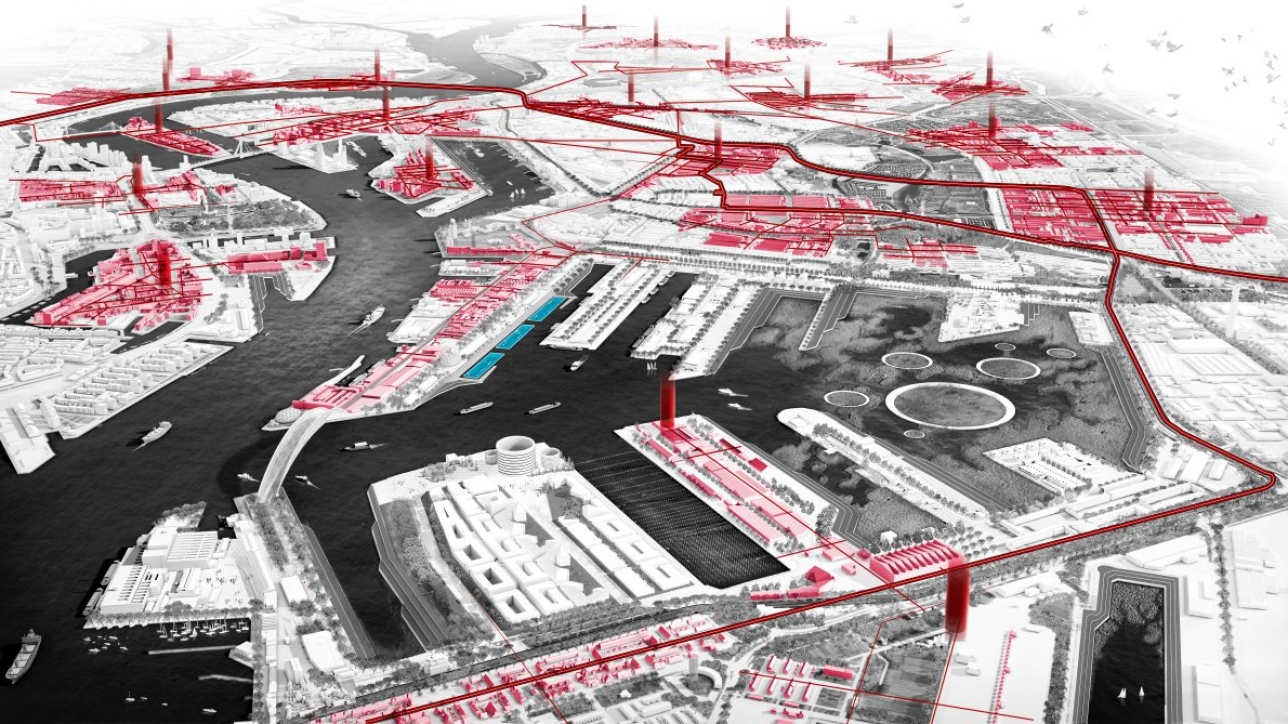 Which politician did not mention that ‘this municipality should be energy neutral in 2020/30/40/50’ during the municipal elections? Votes went out across the entire political spectrum to encourage the transition towards more sustainable energy sources. We have the knowledge that is required to turn our fossil-based energy system into a sustainable system – one that is based on renewable energy – at our disposal. This is shown in the most recent climate scenario ‘Sky’ by Shell, for instance. Then there is the considerable amount of space that is needed to house the energy transition. However, as can be read in ‘Energy and Space: a National Perspective’, recently published by Vereniging Deltametropool, the spatial requirements can be met as well.

Simply put, the energy transition is politically supported, technically feasible and spatially compatible. What are we waiting for? The headline that Telegraaf recently used is significant in this respect: ‘cutting off the gas supply will ruin our landscape!’ The essence is clear: our landscape is ruined by wind turbines and solar panels. However, the question is: is that really so? Can we state with certainty that degradation of the Dutch landscape will be the case? We can answer this question by investing in spatial design.

There are a few pitfalls here. First, there is the act of isolating the energy transition as a one-dimensional challenge that is separate from mobility, livability or preservation of nature. Another one would be the demonization of the visual impact that the energy transition will make, which occurs as a consequence of an exaggeration of scale and number. Then there are the well-known obstacles such as postponing the implementation of measures due to the expectation of future improvements of technology, or an overly optimistic assessment of the technical possibilities which turn into false expectations. Furthermore, the priority of peat landscapes, forests and elements of these landscapes is persistent as a consequence of historical inheritance law. In this rationale, old landscape elements are considered more valuable than new ones. And finally, the exclusion of economic factors; despicable elements in the landscape tend to become very popular once they generate financial returns for those directly involved.

However, these pitfalls can be easily circumvented. The space around us is continuously in transition and it looks beneficial to combine challenges that consider mobility, livability and nature with the construction of new energy infrastructure. It is in the art of carefully placing the energy infrastructure in space and testing it realistically with predetermined principles that we can find a good alternative for the scaremongering that is currently happening through populistic photoshopping and statistical number crunching. Adding to that is the fact that we cannot afford to wait. We have to manage with the knowledge that we have today. However, that does not mean we are doomed with endless fields of wind turbines and solar panels. Just as the steam train was a short precursor of the long history of train travel, such is today’s solar panel with respect to its ultimate form. In other words, an extensive range of visual improvements will be developed. The spatial impact of the energy transition is not a molestation of the landscape. It should become the new norm, one that becomes a new, natural cultural-historical layer in the Dutch landscape, just like the inerasable impact that the first large-scale polder projects and land consolidations had in shaping the country.

And then the economical factor: Denmark is having the biggest party in the world when it comes to the energy transition. Denmark’s inhabitants are benefiting directly from the profits of the energy transition. Meanwhile, the Netherlands are making monthly transactions of about a billion euros to the Middle East in order to maintain its energy supply. Imagine that we would spend a proportional part of that amount on local sustainable energy infrastructure… The region of Hart van Holland has initiated this trial. Through spatial design, ten municipalities around Leiden investigated the spatial impact of their ambitions regarding energy neutrality in 2040. Not only did this lead to visual projections and concretization of the spatial future on eyelevel, it also resulted in spatial insights of the economic benefits. It was calculated that implementation of the proposal would mean a one-time investment of 140 million euros. As a consequence, the energy transition would generate 120 million euros of profit and 1200 maintenance job positions. In short, design is an effective and efficient way to make the careful assessments that are needed to make the energy transition – which virtually all politicians in all regions and municipalities promised – a smart and sustainable component of the healthy city of tomorrow.

BLOG: Spatial Design – the Next Step in the Energy Transition April 30th, 2018fabric